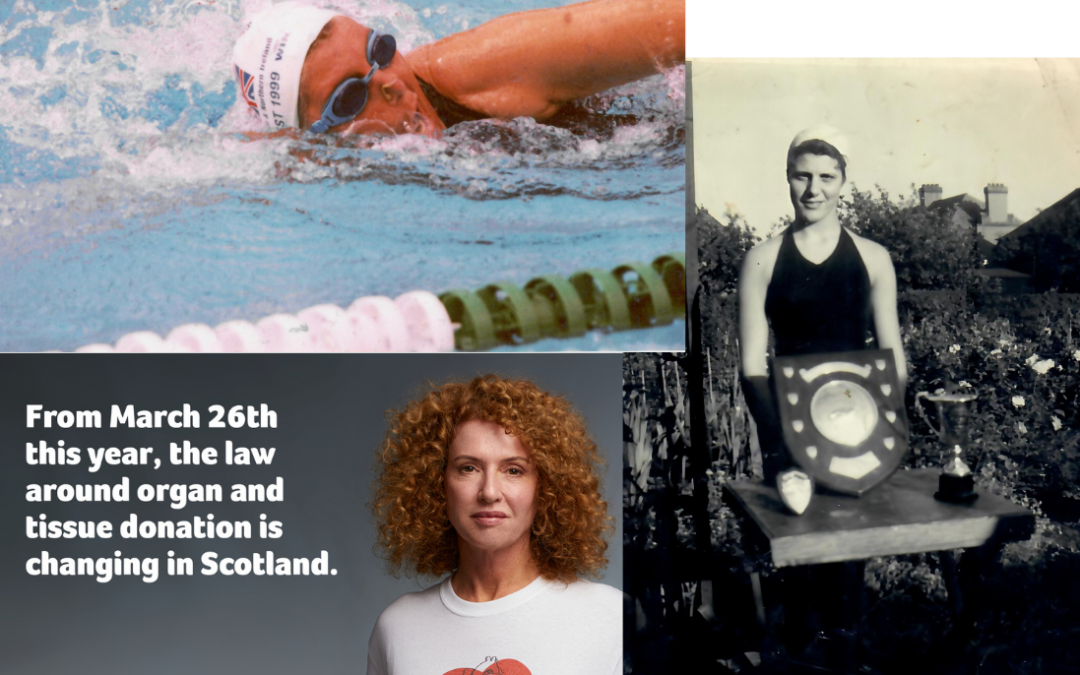 Scotland this week adopted another forward-looking health policy when the law around organ donation was changed. From 26 March 2021, we moved from an opt-in system – carrying an organ donor card approach – to an opt-out system.  The new system will mean that anyone over 16 in Scotland who dies in circumstances where organ donation is possible is deemed to have provided authorisation to donate their organs for transplantation UNLESS they have pre-registered their objection.

The reason for the change is simply because there remains a shortage of donor organs in Scotland. Organ Donation Scotland provided some startling statistics in support of the law change:-

The previous system can best be described as “Every opportunity for donation is very precious”.

For my family watching the coverage this week brought memories back of my mum who was blessed with being the recipient of two kidney transplants in the 1990s before her body sadly rejected them, the latter after many years of improved health and quality of life.

Mum died in 2007 aged only 64 years of age. But her story highlights the importance of organ donation and how the people who receive these precious gifts often make the most of the second chance they have been given.

My brother Gordon delivered a wonderful and moving tribute to mum at her funeral at Callander Kirk, one that drew a round of applause from the large congregation who attended that day to celebrate her life. I am sitting with a copy of Gordon’s tribute in front of me and draw much of my information from his wonderful tribute.

Mum was born Jane Lindsay Malcolm Smith, known as Jean and she was the fifth of eight children of my grandparents John Smith, who worked at the Dorrator Iron Works, Camelon and Isabella MacKenzie Lindsay. She was born at 19 Brown Street, Camelon, Falkirk on 28 December 1942. Her upbringing was a happy one with family life very much at its centre, something she passed on when she became a parent herself.

Aged 8 mum contracted Nephritis, a cruel disease that caused the irreparable kidney damage that was to come back to haunt her in later life. She spent almost a year in hospital and when she was finally discharged her parents were told she would possibly die young.

But in a pattern repeated so many time in her later life mum refused to accept the cards life had dealt her. She took up swimming, eventually becoming Falkirk & District champion and swimming in the same squad as Bobby McGregor, the famous Falkirk bairn who went on to win an Olympic silver medal.

The opportunity was there for her to make something of her swimming. If she trained hard and kept working perhaps she could make the Commonwealth Games or perhaps even with some luck the Olympics!  But thankfully for my brother, sister and I, she instead chose her new boyfriend, Harry Lawrie, a young Police Constable with Stirling & Clackmannan Police.

She went to have her three children between 1966 and 1970 and only when my sister Pauline was born was she advised by the doctors that the threat to her health from her damaged kidneys meant she should not have had any children at all!

Life moved on and mum lived a full life regularly moving from police house to police house as was the requirement for the police family at the time. I bore people with the story that I was in my fourth school by the end of P3 when we finally moved to Killin in 1975!  It is little wonder that years later when I was a police officer myself, I may have been guilty of displaying little sympathy to officers who complained when they were transferred a few miles from one station to another!!

Mum remained physically fit and her swimming from years before came in handy when the village of Killin formed a rafting team and needed a female member!  Over the next few years she competed in many races across Scotland and the raft – More Sure and Stedfast – was one of the most successful rafts in the country.  A Killin Facebook page recently posted photographs of the Raft Race exploits which brought back so many wonderful childhood memories.

She also enjoyed hill walking, hardly surprising when your husband is the Coordinator of the local Killin Mountain Rescue Team.  She often assisted by providing hot tea, coffee and soup for team members from a caravan at the base.

Sadly that was the reason mum was present at the foot of the hill when my dad was killed on 1 February 1987 when the RAF helicopter he was travelling in crashed on Ben More, Crianlarich. She was widowed at 44 years of age.

Despite this tragedy, mum picked herself up and a few years later met and married her second husband Ken Roberts, Callander’s resident Welshman, who had himself lost his wife Aileen a few years before.

Life seemed good for the two of them but just then she received the diagnosis from her doctors that her kidney function had deteriorated meaning dialysis and ultimately would need a transplant. The dialysis, in its many different forms, was exhausting, debilitating and so restrictive on life but so critical to keeping her alive.

Mum was so fortunate when she received her first kidney transplant a few years later which sadly was rejected shortly after. The rejection was not due to anything she had done as she followed the rules on diet and healthcare to the letter. It simply was not to be. In 1995 she received her second transplant which this time went well. We will always be thankful to the staff at the Transplant Unit in Glasgow Western for their incredible care and service.

I remember Mum’s recovery and how she suddenly felt so much better, with more energy than she had had for many years. But she was determined not to simply sit about and relax. Instead, she found out that there was such a thing as the British Transplant Games and so she took up her swimming again. Many people witnessed her hours of training at the McLaren Centre in Callander powering up and down the small pool, practising her tumble turns.

Finally, in 1999, she achieved her Commonwealth Games, her own Olympics when she was named in the British Team for the World Transplant Games in Budapest, Hungary. Mum went on to win Silver in the backstroke in the Super Vets category!

Sadly mum’s second transplant began to fail and her health deteriorated over many years, returning to the necessary burden of dialysis. She died at Glasgow Royal Infirmary on the 6th December 2007.

Despite the loss of mum, there is one thing that our family are forever grateful.  That was that two people, living somewhere in Scotland, the UK or across Europe, decided to donate their organs for transplant in the event of their deaths.  That decision and the skill and care of our wonderful NHS staff, led to mum receiving her new kidney and a resultant new lease of life. How many other people benefited from their decision and indeed some may still be alive today?

Their decision led to mum being able to enjoy more years of improved health that, without her transplants, she would not have enjoyed. She was able to fulfil her ambition as a competitive swimmer and critically was able to see all four of her grandchildren including the youngest, my daughter Emma,  who was only three years old when her granny died in 2007.  These are precious memories and ones that we owe to the selfless decision taken by that person to agree to donate their precious organs.

It is for this reason that I congratulate the people of Scotland and its government in introducing this change of law. We all hope that we will never have to deal with the incredible grief that face people when they lose a loved one in the circumstances where transplantation becomes an option. It is hoped that the new law takes some of the the burden of that decision away from a grieving family, protects a person’s personal decision and will increase the number of people receiving organ transplants across Scotland.

If you are considering opting out of organ donation then please think again. My mum’s story is an example of how this simple but selfless act can make such a difference not only to the person receiving the organ transplant but to their friends and family.

By doing so the more than 500 people across Scotland who are today waiting for that phone call telling them they finally have a donor may have the opportunity for a renewed life in the same way that my mum achieved so much after her transplant and was able to leave so many lasting and precious memories of her for us to enjoy.