My first Song of the Month is Scotland’s Story by The Proclaimers one that is something of an anthem for me when I think of family history.  The Proclaimer’s song writing is wonderful and emotive and captures many of the political and social frustrations many people feel in Scotland and the wider UK today.

“Scotland’s Story” is a reflection of what Scotland has been for centuries, what it is at present and what, we can but hope, it will be in the future.  The argument of those who think Scots, English or Americans are all single ethnic races is destroyed every time someone does a DNA test.  Ancestry.com post some wonderful videos of people receiving their DNA test results.  Almost all get a surprise as their ethnicity reflects the movement of their ancestors through the years. Immigration and emigration, words that are viewed so negatively today, is nothing new.  Movement of people has been going on for centuries. It has helped to shape and define Scotland and the wider UK and world. It is folly and ignorant to dismiss this part of our history and our make up.

In this song the Proclaimer’s outline how people from different parts of the world have come to our shores to help shape Scotland’s Story.  Often Scotland’s history is about outward movement of people, such as the Highland Clearances. This song reflects immigration – people coming in and contributing to the country. It begins with the industrious, hard working Irish immigrant which so many of us have in our family tree then moves on to the Eastern European immigrant, diverted from his final destination in New York to settle in Scotland.  It includes the tale of an Italian immigrant who settled in Scotland and built his business despite facing violence and intimidation during the war years.

I find the verse on Christina MacKay from Delny the most moving of all.  It reflects internal Scottish migration – from the Highlands to the Central Belt.  Most of us will have this in our personal family histories.  Delny, presumably, is the one in Ross-shire as shown in the map below.  I know of one line of my tree – a McKenzie line from Falkirk – which originates in Kiltearn in Ross-shire.

Is Christina a real ancestor of Charlie and Craig Reid?  The lines of the song of “her X on the line” and raising her family in one room, is probably so familiar to most people who have traced their family history. It highlights the mass movement of people from the Highlands to the Central Belt, sometimes voluntarily but often by force and the hardships they faced in an unknown environment. 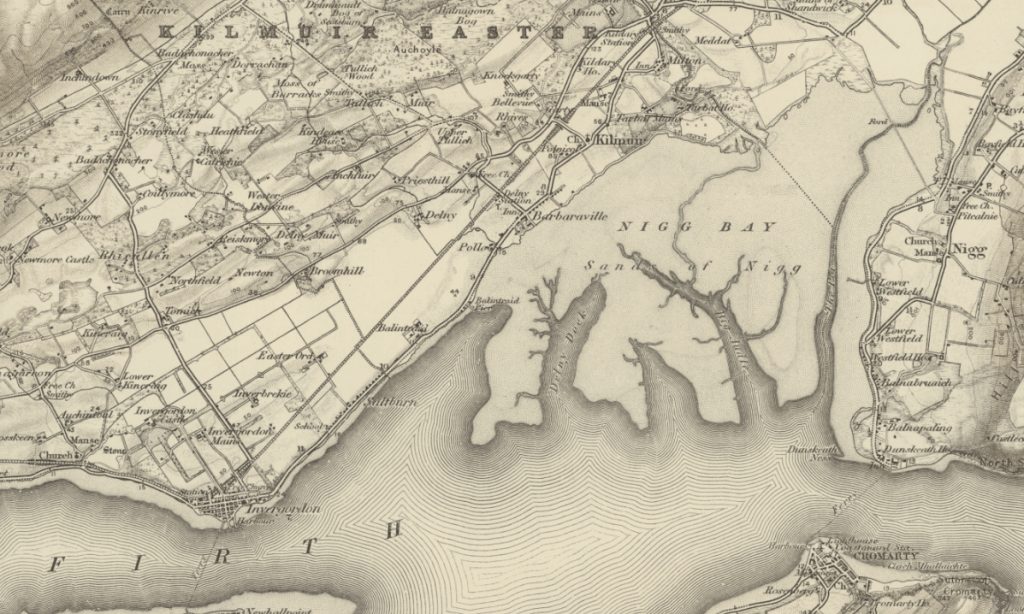 The song fully reflects the breadth of Scotland’s different communities over the ages and their contribution to society.  It finishes:-

“All through the story the immigrants came,

the Gael, the Pict, the Angle and Dane,

from Pakistan, England and from the Ukraine

we are all Scotland’s Story and we are all worth the same.”

This is the hub of the song – everyone, no matter their background, has contributed to Scotland’s Story. Their own personal and family story is worth the same, irrespective of ethnicity, race or background.

Today I listened to a radio station phone in and heard people originally from Europe, some resident in the UK for over 20 years, whose future in this country is uncertain.  It is sad that the ability of people to move, mix and settle, fully reflected in Scotland’s Story, may soon be made more difficult.  As a society and a community we will be the worse off for it as it is this mix of people which has made our country what it is today.

Enjoy this wonderful and emotive song.

Subcribe to The Heart of Scotland Ancestry Youtube Channel

[Thanks to John Steele / Copyright – The Proclaimers]